The book contains as many as twenty one different issues that have to be looked into because of many (both external and internal) reasons. Not only can its readers discover various strictly didactic pieces of information, but also refresh their... więcej >

In this paper, we focus on those aspects of cybersecurity that are most relevant to universities, intending to provide academic communities with some knowledge that might be useful in their research, education and administration activities related... więcej > 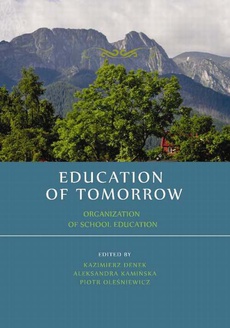