The growth of food studies in the recent years is a fact that is hard to denied. The quantity and quality of publications is increasing year by year. It is not possible to bring the exact figures but among most frequently researched cuisines are French, Italian, Scandinavian, Asian (especially Japanese and Thai). However, there is one field that seams to be left out and that is food of “Central Europe”, understood as Austria, Belarus, Bosnia and Herzegovina, Bulgaria, Croatia, Czech, Estonia, Germany, Hungary, Latvia, Lithuania, Moldova, Montenegro, Poland, Romania, Russia, Serbia, Slovakia, Slovenia and Ukraine. Looking at the list one could argue its' geographical and political coherence. But those are merely boundaries that include countries normally left off when it comes to food studies.
The order of “Food in Central Europe: Past-Present-Memory” is not only present Central European cuisines outside but also to rise awareness of counties own culinary cultures. It is an opportunity to bring the scholars together as they in many cases food studies in their homelands are still under development. By publishing their research they will become a part of the community that we hope that will develop upon it. That it will help establish long term cooperation between researchers, specialists and institutions. We hope that this we will put the foundation for creating interdisciplinary discourse on the food studies in this region. And it will increase level of food culture awareness inside presented countries. If even small portion of those goals would be accomplished with this publication in the future Central Europe would become a spot on food studies map.

Religie a wojna i terroryzm

Obraz Polski i Polaków we Włoszech....

Bioactive components of garlic and their...

The protective effect of garlic extracts against cadmium toxicity was examined using “in ovo” modelfor the first time. As the egg must supply all the nutrients that the embryo needs to access for growth and development, the introducing “in... więcej >

Determinants of development of innovative... 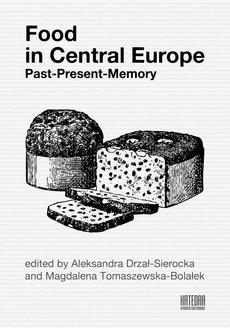