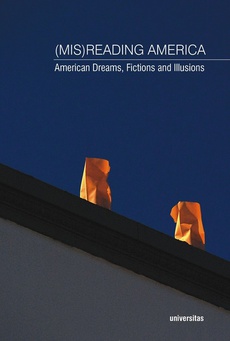 Since the initial arrival of Spanish, French and English explorers, North America has stirred controversies, discussions and conflicting interpretations. A source of fascination for explorers, settlers and those in the Old World, the continent has, not surprisingly, generated many myths, fictions and stereotypes. The United States of America, the first independent country established on the continent, in particular and virtually from its inception engendered various interpretations and misinterpretations, readings and misreadings, as expressed in scientific, scholarly and artistic endeavors. The United States meant different things to residents, who had to deal with the country’s sometimes painful realities, and to prospective immigrants, for whom America was primarily a noble idea or a dream. Even today, extreme variations in perspective predominate: America and Americans are portrayed from radically different and often mutually exclusive viewpoints. The present volume offers essays which detail the various ways in which the United States, its people, its history and its culture have been depicted, understood and misunderstood throughout centuries. The authors explore this vast subject with reference to literature, film, music, painting and politics. They write about the past, the present and the potential future using different methodologies which reflect the polyvocal nature of their subject. The image of America and its people that emerges is far from smooth and consistent, but that is entirely in keeping with the inexhaustible complexity and the infinite variety of the nation under consideration in this volume.

Developing into an effective Polish Teacher...

Europe and America in the mirror

A vivid and more or less stable partnership between European and American countries is generally regarded as a key issue and particularly serious challenge in terms of cultural, economic, historical, political, and social developments and changes on... więcej >