Readings in 18th and 19th century British literature and culture

This sixth volume in the series From Queen Anne to Queen Victoria, initiated in 2009 by the British Studies Centre in the University of Warsaw, offers readers wide-ranging explorations of the society, literature and culture of 18th- and 19th-century Britain, with investigations of Victorian social problems, the visual and material culture of the Victorian period, and comparative studies of international and trans-national questions. Some themes and authors have long been well-known to the series, but this publication also contains new names and new ideas, and is the first published by the University of Warsaw Press.

Contributions dealing with the 18th century include discussion of adaptations of Roman plots in John Dennis's tragedies, and there is a detailed analysis of approaches to poverty in Scriblerian texts and of socially transgressive behaviour through the literary career of an 18th-century Scottish pirate.

Studies of the culture of the early 19th century include a scrutiny of Jane Austen's Pride and Prejudice as a dialogue with the Country House ideal, and there is a new departure in the use of disability theory to analyse Mary Shelley's Frankenstein. There is analysis of William Wordsworth's religious and social beliefs, continued form earlier volumes, and 19th-century religious beliefs also underlie an examination of John Henry Newman's Apologia pro Vita Sua and The Dream of Gerontius. Returning to the theme of anti-Catholicism raised earlier in the series, there is an investigation of the rise and fall of the bonfire night tradition of burning Guy Fawkes, through analysis of two contemporary novels.

There are investigations of the visual and material culture of the Victorian period. Pre-Raphaelite dress is examined in the context of changing gender roles, and the message of Irish 19th-century landscape painting is analysed in an attempt to link space with national and cultural identity. We also have an article assessing and comparing J.R.R. Tolkien's Tree and Leaf and John Ruskin's The Nature of Gothic, suggesting that the wide dissemination of Ruskin's ideas had an impact on Tolkien.

Neo-Victorianism is well represented. There is the discussion of two 21st-century British television serial dramas centred on Queen Victoria, and of a purported 2012 autobiography of Jack the Ripper. There is also an account of a world which, although technologically advanced, is reminiscent of the Victorian period, in Stephen Hunt's 21-st century novel, The Court of the Air. We also present a discussion of visual reimaginings of Joseph Le Fanu's novella Carmilla, with its ground-breaking female wampire. Continuing within the framework of the Gothic we offer an analysis of narrative strategies and spatial organisation in Robert Louis Stevenson's The Strange Case of Dr. Jekyll and Mr. Hyde. Manuel Aguirre's theory of two zones in horror literature is applied to the haunted house in Elizabeth Gaskell's The Old Nurse's Story.

In the context of Victorian social problems, Dickens receives the usual well-deserved attention. An article on A Christmas Carol addresses the question of what happened to Scrooge from a psychological perspective. There is an examination of Dickens's approach to the issues of race and British colonialism through analyses of the racialised body in The Mystery of Edwin Drood, while a third Dickens article deals with the representation of poverty in Charles Dickens's Bleak House.

Other authors with a mission are evaluated, with discussion of the theme of insanity in Charles Reade's Hard Cash and of vivisection in Wilkie Collins's Heart and Science. Victorian anxieties of a different kind are highlighted through Anthony Trollope's novel, The Fixed Period, which foregrounds the social problem of old age. On a related theme of social concern, we have a communigué on the history of the Queen Margaret College Settlement in Glasgow.

Late 19th-century invasion literature is analysed in the context of Arthur Conan Doyle's "The Ring of Thoth" and "Lot no. 249", where ultimate victory over the invading force is achieved by means of new, scientific methods. The relationship between late Victorian scientists and speculative writers is further reviewed in the context of British popular and fictional approaches to scientific research, showing interactions with the work of British particle physicists.

Jermoła before the publication of her new novel. In the area of music and drama, we have and interpretation of the sources for 19th-century portrayals of 16th-century British Queens in Donizetti's operas. And moving away from literature to the society it represents, comparative trends are examined in Polish and Irish political co-operation and agendas in 1830s London.

We hope that readers will find much in this volume to stimulate thought and further research.

Developing into an effective Polish Teacher...

A Diachronic Grammar of Old English

The Articles in Polish-English Translation

From Cotton and Smoke: Łódź - Industrial...

The city greeted newcomers with mysterious “characteristic, dirty fog on the horizon, which constantly hangs above the capital of chimneys.” Directly after arrival “the smoke wrapped [newcomers] in some impenetrable, due to its sultriness,... więcej >

From Milton to Mill: Classic Defenders of...

This book is about thinkers who have decisively contributed to the development of free speech philosophy. Although special emphasis is given here to the thought of John Milton and John Stuart Mill, traditionally regarded as the two towering figures... więcej >

In its first edition of the text based on the author’s holographic manuscript, three sticks working on the Springer-Ranch attempted, through falsification of letters, to prevent East from learning from the arrival of the West to school. Their... więcej >

From Sea to Sea

The book of the famous English writer R. Kipling consists of essays on the travel experience of the author from his trip in 1889 from India to England through the countries of Southeast Asia and North America. The book is written in a vibrant and... więcej >

Shakespeare’s place in culture can only be captured by many relocations and recreations of his works in/via old and new media. From Shakespeare to Sh(Web)speare provides analysis of Shakespeare’s cultural presence in various spheres of human... więcej >

From Telegraphic Speech to Morphological and...

The work of Dr Ewa Konieczna constitutes an important and valuable contribution to the studies of first language acquisition. Although intensive research in this field is being carried out in many countries and is concerned with data coming from a... więcej >

From the Earth to the Moon

During the years of the American Civil War, the Cannon Club was founded in Baltimore, the participants of which were engaged in the invention and production of more and more powerful and modern artillery. However, when peacetime came, new guns... więcej >

From the History of the South Caucasus and...

From the Vistula to the Canadian Great...

The book is a memoir of Lucjan Krause, Professor Emeritus of Physics at the University of Windsor in Canada. Born in Poznań in 1928, as a scout and Home Army soldier, he took part in the Warsaw Uprising and after its failure was sent to a POW camp... więcej > 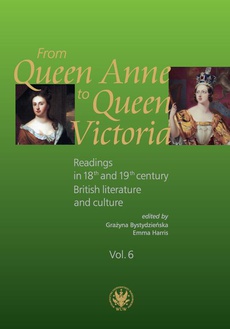