Two volumes of studies were prepared in connection with the Jubilee International Conference celebrating the 200th Anniversary of the First Lecture on the History of Art at Vilna / Wilno / Vilnius University on September 14–16, 2010 in Toruń.On September 15, 1810, professor of “etching and the literature of fine arts” Joseph (Józef) Saunders (London 1773 – Krzemieniec, Volhynia 1854) delivered the lecture at the Faculty of Literature and Art, entitled Discours sur l’influence ou l’utilité des arts imitatifs (On the Influence and Use of Mimetic Arts), published in Polish under the title O wpływie i użytku sztuk naśladowniczych in “Pamiętnik Magnetyczny Wileński” (“Vilna Magnetic Diary”) in 1816. The bicentenary of the first university lecture on the history of art at the Vilna University is simultaneously the bicentenary of the research into art in Poland, Lithuania and Central-Eastern Europe. After World War II, the tradition of the Vilna University was inherited in Poland by the Nicolaus Copernicus University in Toruń.The book – with 71 studies prepared by scientists from 14 countries – is devoted to the past of art history as a scientific discipline and its contribution to creating national and aesthetic identity of the countries of Central, Eastern and South-Eastern Europe, the majority of which were deprived of independence and subordinated to partitioning of the nations in the 19th century, and in the 20th century, subjected to the pressure of totalitarian states. In the 19th century, these nations were often united in their fight for independence and democratic civic rights. Research, as well as providing patronage to artistic heritage, became an important element of creating national cultures. It began with the interest in antiquity, typical in the first half of the 19th century, and expanded to establishing of institutions of culture and learning (scientific societies, art schools, museums, periodicals), and to creating university-based history of art. The scope of the book also encompasses national minorities, such as Jews, Armenians, Tatars and the Finno-Ugric peoples. Different artistic, cultural, historical, and religious traditions of states, nations and national minorities, as well as a variety of relationships of art and political and social ideologies exerted their influence on art historians, conducting research on this part of Europe.Important anniversary evokes reflection both on the complicated past of the history of art and on its present state in this part of Europe, the region which, after the October Revolution and then World War II, was separated from the rest of the continent by a wall.

Vol. 1:
– The genesis of art history as a science
– Research on religious art
– The historiography of art
– Art history in the Islamic Europe

Two volumes of studies were prepared in connection with the Jubilee International Conference celebrating the 200th Anniversary of the First Lecture on the History of Art at Vilna / Wilno / Vilnius University on September 14–16, 2010 in Toruń.On... więcej >

History of Cleopatra, Queen of Egypt

This is not just a story, but a biography of Cleopatra, an evil woman who studies the effect of poison on her prisoners, and the lover of the art of seduction.Wars and conflicts are highlighted, making an intriguing story. Cleopatra should be... więcej >

The goal of this book was to introduce reflection on historical phenomena that require perspectives transgressing national paradigm in studying film history (it is co-productions, cinemas of communist block and films produced under a significant... więcej >

This is a story about a historical figure written by Abbott. The author describes in detail the youth of Caesar nd his role in the Sylla and Marius conflict. Readers learn a lot of interesting facts. One of which is revealed at the end of the book,... więcej >

History of Margaret of Anjou, Queen of Henry...

Jacob Abbott’s biography of Margaret of Anjou is written in simple manner, making it digestible for the reader who dislikes the stuffy story. Margaret of Anjou was remembered as one of the most unfortunate queens that I could not love the people.... więcej >

This book requires you to have a more detailed history.Pyrrhus is a defender of the city of Tarentum, protecting him from the Romans. Only by knowing the origins of the story can you feel this story. And if not, you will be interested in finding... więcej > 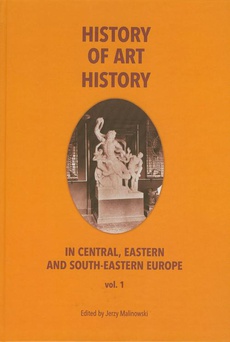