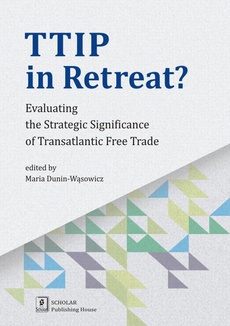 Are the United States and the European Union able to set up a transatlantic free trade area? This is not the first time this question has surfaced. Over the last quarter century several transatlantic trade arrangements have ended in failure. Of late, the EU and the US have fundamentally differed when it comes to negotiating the Transatlantic Trade and Investment Partnership (TTIP). These negotiations, which began in mid-June 2013, were frozen on 17 January 2017.
The idea behind the Transatlantic Trade and Investment Partnership is clear: to agree on the principles of cooperation between the European Union and the United States—cooperation, which is of strategic value. If the agreement is reached and implemented, it could push both parties towards stronger political consolidation and solidify the West-led international order in the world. In contrast, should these negotiations not resume, the Transatlantic Alliance may lose the capacity to cope with the challenges created by the current world system tarnished by the rivalry of various new economic and political powers and their interests. That is why this interdisciplinary report, prepared by scholars and experts on the European Union and the United States, looks at the strategic facets of TTIP, and evaluates its objectives and potential impact to formulate a set of recommendations for the talks to be opened up again.
The Authors

(…) This report makes a worthwhile scientific interdisciplinary contribution to our understanding of the ideas and concepts that stood behind TTIP, as well as to the public narrative in the US and EU and its implications for the TTIP negotiations. It presents an interesting investigation on the stalemate in TTIP negotiations: its reasons, its effects and importance for the EU-US trade patterns in the foreseeable future. The book also offers alternative explanations of these phenomena. It formulates a variety of interpretations of the TTIP stalemate, as well as forecasts concerning the development of US-EU institutional forms of trade relationship in both a descriptive (i.e. prognostic) and prescriptive (i.e. normative) manner.
From the publishing review:
Professor Artur Nowak-Far, the Warsaw School of Economics, Poland